Dr Karen Johnson did research and led tours for many years based at the Churchill Northern Studies Centre in Churchill, MB. After a Ph.D. in botany, she worked as a post-doc for three years on the International Biological Program, an inventory of the biological communities of the province and attempts to preserve them. She was Curator of Botany at the Manitoba Museum of Man and Nature from 1972 to 2001. 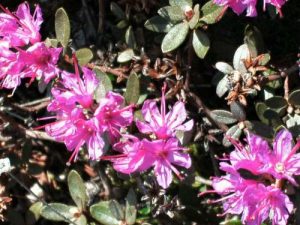 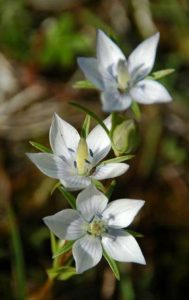 Karen worked on museum exhibits, co-authored “Wildflowers of Churchill and the Hudson Bay Region” among many other publications, taught botanical courses, and was an Adjunct Professor of Botany at the University of Manitoba. Her non-museum contributions include serving on the provincial Ecological Reserves Advisory Committee for nearly 15 years, on the Shilo Environmental Advisory Committee for over 20 years and on the National Plants Subcommittee of COSEWIC (Committee on the Status of Endangered Wildlife in Canada) for more than 10 years. She has studied and photographed alpine plants in Colorado, New Hampshire, Switzerland, Scotland and Nepal as well as their arctic counterparts in Manitoba and Alaska.

She will introduce us to the arctic and alpine flora of the Churchill area.

This is an online talk. CRAGS Members will receive an emailed invitation and an emailed reminder with the Zoom link. Non-members are welcome to register for the talk on Eventbrite or purchase a CRAGS membership.